The Mosquito Fleet played a significant part in the development of South Australia, growing its economy and its relationships between the city and the country. Their purpose focused on trading with remote communities along the coast of South Australia, flitting between large ships and shallow waters. The Fleet linked town and country from the 19th Century to the late 1970s as they distributed cargo such as farm products, grain and minerals between city and rural ports.

Life on board the ketches

Crew members consisted of a captain and two seafarers as well as between two and four deckhands as most of the fleet were rigged as ketches and were quite small. Most deckhands were generally young boys who wanted a taste of the open ocean, assisting the captain on these smaller trips before searching for a chance to be aboard the bigger boats. Their small stature also meant they were economical; smaller boat meant smaller running costs!

Life on board the ketches involved often being at the mercy of the weather as well as the constant difficulty of manning a ship with a small crew. Some ketches ended up being swamped by large seas or wrecked on deserted shores. Despite its difficulties, the ketch trade was booming during the 19th Century. There were even ketch races held within the Port River; its earliest being in 1838 at the Regatta, 2 years after colonisation of the Adelaide area.

The Fall of the Mosquito Fleet

The Mosquito Fleet was at its greatest during the 1880s and 1890s when over 70 ketches and schooners were travelling between Port Adelaide and the smaller ports. Despite enduring the introduction of road, rail and steam transportation, it wasn’t until the 1950s that ketches slowly died out with only 30 boats working the Australian coast. The fleet officially ended in 1982 when the last two working ketches Nelcebee and Falie were officially retired.

These ketches were, and still are, romanticised, reminiscent on the notion of a life out on the open sea. Much like their larger counterparts, poetry and artworks were created of these ketches to ensure that their stories continued on through generations. 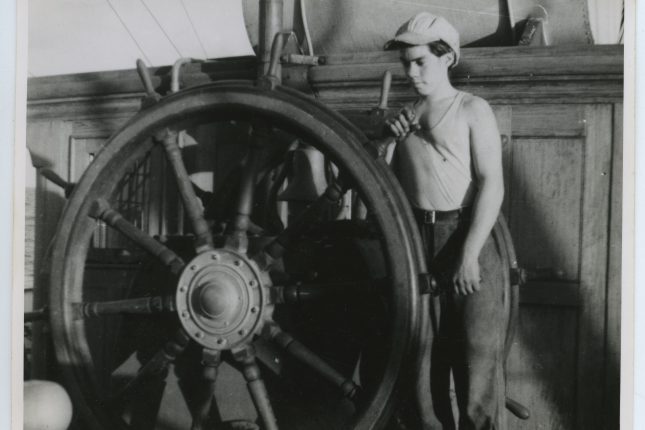 At thirteen, many of us would have been looking for a bit of freedom from our parents, and perhaps a little adventure. Taking off on a bike for...