A long time ago, Ngurunderi the Spiritual Ancestor chased Pondi, the giant Murray Cod, from the junction where the Darling and Murrundi (River Murray) meet. Back then, the Murray was small stream and Pondi had nowhere to go. As Ngurunderi pursued him in his canoe, Pondi thrashed its giant tail violently, carving out the mighty River Murray.

When Ngurunderi and his brother-in-law Nepele finally captured the cod at the place where fresh meets salt water, they cut him up into many pieces. One piece remained a Murray Cod, while the rest became the region’s fresh and salt-water fish.

In June 2022 during Reconciliation Week, the museum will unveil a vast woven sculpture of Pondi suspended next to our replica ketch Active II. The sculpture was created by Ngarrindjeri  cultural weaver Aunty Ellen Trevorrow.

The Ngarrindjeri are ‘water people’ from the Lakes, Coorong, Great Southern Ocean and river systems of the area south and east of Adelaide in South Australia. For tens of thousands of years Ruwe [Country] has provided them with abundant fresh foods, medicines and rushes for weaving baskets, nets, scoops, fish, and eel traps. The story of Pondi is a key Ngarrindjeri creation story. Aunty Ellen created this Pondi woven from river rushes (Cyperu gymnacaulos and Cyperus vaginatus). Through it, she honours her ngartji or totem.

Below is a four-part video series documenting the weaving process and the stories of the Ngarrindjeri people. Videos created by James Baker. 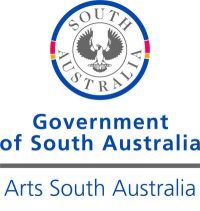