Why I have a crush of Matthew Flinders

At the tender age of 27, Matthew Flinders took command of HMS Investigator under Admiralty instructions to chart and explore the last unknown Australian coast between the Great Australian Bight and the Victorian coast. Commander Flinders has served in the Napoleonic wars, sailed with Captain Bligh to Tahiti and charted coastlines with George Bass in a tiny wooden boat. By 1801, he was an experienced captain and navigator who understood the ‘publish or perish’ nature of discovery.

Flinders was meticulous about recording all aspects of the voyage from observations on flora and fauna, weather conditions, changes in the coastline, issues with magnetism and interactions with the French (under Captain Baudin, also employed in surveying the ‘Unknown Coast’).  These were eventually published as A Voyage to Terra Australis in 1814, the day before he died. 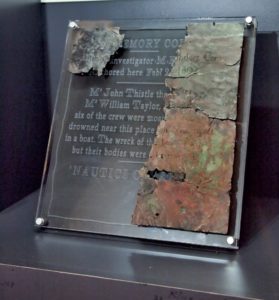 The below quotations, taken from A Voyage to Terra Australis (Volumes 1 and 2), are just short examples of why I think Matt Flinders was a hottie. Sure, he didn’t have much of a chin (too bad beards weren’t in fashion) but those big eyes and that high Regency collar aren’t bad. And it is his character, honour and intelligence that leave a lasting impression. I suppose it can all be summed up in the following truth: while Flinders was happy to name landscape features after his friends, compatriots and powerful allies, he never once named anything after himself.

It not unfrequently happened that the report of a gun fired at a kangaroo near the beach brought out two or three bellowing seals... The seal, indeed, seemed to be much the most discerning animal of the two; for its actions bespoke a knowledge of our not being kangaroos, whereas the kangaroo not unfrequently appeared to consider us to be seals.

He’s a total dude when capturing specimens for the science team:

In our way up the hills, to take a commanding station for the survey, a speckled, yellow snake lay asleep before us. By pressing the butt-end of a musket upon his neck I kept him down whilst Mr. Thistle, with a sail needle and twine, sewed up his mouth; and he was taken on board alive for the naturalist to examine…

.. the differences so often found in the variations and bearings when on different tacks must arise from some iron placed too near the compasses…almost in despair, I at length set about a close examination of all the circumstances, in order to ascertain the cause, and if possible to apply a remedy…

Note: Flinders’ subsequent publications on ships’ magnetism led to the invention of the Flinders bar, a soft iron bar placed vertically near or within a ship’s compass that is used to correct the deviation caused by the local magnetic field of a ship.

Ruminating on the pelicans at Nepean Bay, Kangaroo Island, he combines his sensitive side with a practical streak:

Alas for the pelicans! Their golden age is past; but it has much exceeded in duration that of man. I named this piece of water Pelican Lagoon. 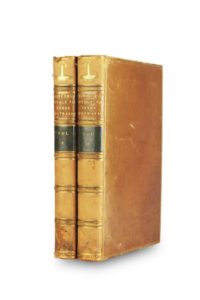 He’s snarky about his rivals:

Captain Baudin was communicative … of his criticisms upon an English chart of Bass Strait published in 1800... he bethought himself to ask [my name]; and finding it to be the same as the author of the chart which he had been criticising, expressed not a little surprise, but had the politeness to congratulate himself on meeting me.

He maintains his humour while dealing with fatigue and 50° C heat:

The bay to the northward, I named DENIAL BAY, as well in allusion to St. Peter as to the deceptive hope we had formed of penetrating by it some distance into the interior country.

And he commemorates the sad loss of his crewmembers near Port Lincoln, Eyre Peninsula:

I caused an inscription to be engraven upon a sheet of copper, and set up on a stout post at the head of the cove, which I named Memory Cove; and further to commemorate our loss, I gave to each of the six islands nearest to Cape Catastrophe the name of one of the seamen.

These are just a few brief insights into the quirky mind of a talented commander and navigator. For more on Matthew Flinders, Nicolas Baudin and a wider discussion of European exploration of the Southern continent, visit the First Voyages exhibition on now at the South Australian Maritime Museum. 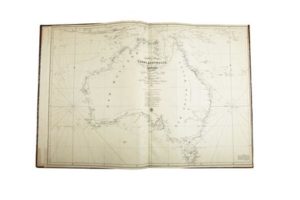