Yelta is a key part of South Australia’s industrial heritage, the last working steam tug in the State. In keeping Yelta steaming the volunteer crew preserve rare trades and offer passengers a glimpse of the power behind the industrial revolution.

Yelta was built in 1949 by Sydney’s Cockatoo Docks and Engineering Company for Ritch and Smith which was a subsidiary of the Adelaide Steamship Company. Yelta towed ships in and out of Port Adelaide until 1976 when it was retired and purchased by the Port Adelaide branch of the National Trust. Sadly, Yelta was berthed outside the CSR Refinery at the Sugar Wharf and left unattended with little maintenance for nearly a decade. Put up for sale again, the SA Maritime Museum made a bid for the historic vessel and, in 1985, added the tug to their collection.

Volunteers were asked for to help restore Yelta to its former glory. After extensive restoration and refitting, including preparing the vessel to modern safety standards, Yelta was relaunched. Currently Yelta steams the Port River several times a year, allowing passengers to experience a piece of Port Adelaide’s history, the Port River itself, and life onboard the vessel.

After 27 years in the Maritime Museum’s collection, Yelta still holds many secrets. In an attempt to broaden our knowledge of the vessel, I investigated some questions that were often-asked but still unanswered and untangled some facts that were confused by newspaper articles and photographs. One of my key goals was to resolve details of the colour scheme and the historical presentation of the vessel so the Museum could review its conservation plan for the vessel. I also wanted to paint a richer picture of the general life of the tug and its crew. I researched slipping reports, requisition reports, monthly maintenance reports, museum documentation and log books, in addition to newspaper articles and photographs. I interviewed two former crew members to find a personalised view of the tug and its working life. 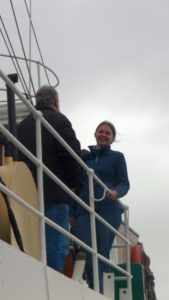 Through this research, I produced a timeline of events in the life of the tug and changes to its configuration and presentation. From 1948 to 1953 Yelta featured in newspapers across Australia, linked with the movement of many vessels in and around Port Adelaide. Slipping and requisition reports follow, from 1956, providing details on maintenance and changes made to the vessel. Critically, these reports detail the tug’s colour schemes through it working life: red below the waterline, black hull above the waterline, green or red decks, and white deck structures. Two major changes to deck construction occurred in the mid-to-late 1960s. Yelta’s wheelhouse was overhauled in 1964, downsizing the cabin and adding starboard and portside entrances. Furthermore, in 1967, the entrance to the crew’s accommodation was changed from a hatch to a deckhouse. These two major changes assisted in the approximate dating of photographs held by the museum.

Photos below show Yelta at major turning points in its life. 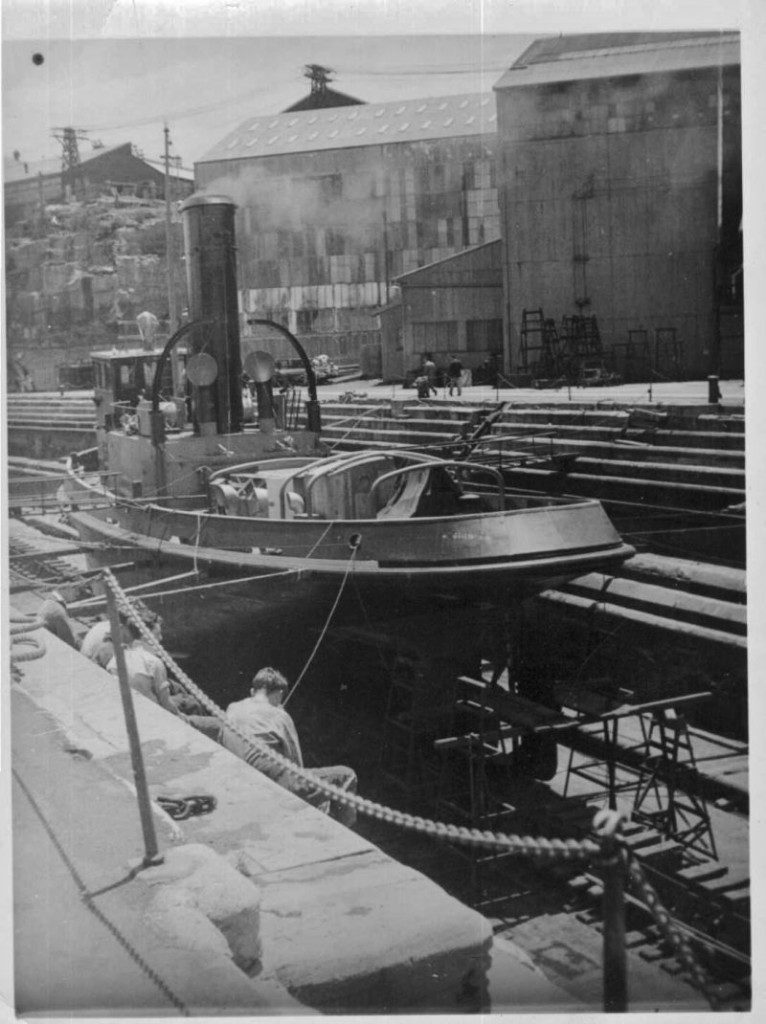 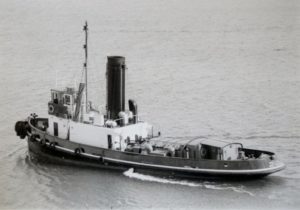 Yelta after deck changes. Note changes to the wheelhouse and the addition of a deck house aft. (Post 1967). 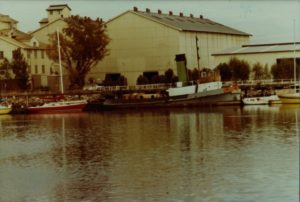 Yelta outside the CSR Refinery. The tug can be seen here painted many colours, occurring after its retirement. (Post 1977).