Join Captain Salmonbeard and his reluctant crew for another perilous adventure on the seven seas.

While wallowing in the watery wilderness, a mysterious, though strangely familiar visitor, emerges from the depths and offers them help. The crew are going to having to write their own book of piracy as they’ve strayed so far off course, the original Big Book of Pirates is now useless. And according to pirate legend, that book can only be written in dragon’s blood…

Weekday performances at 11am and 1pm 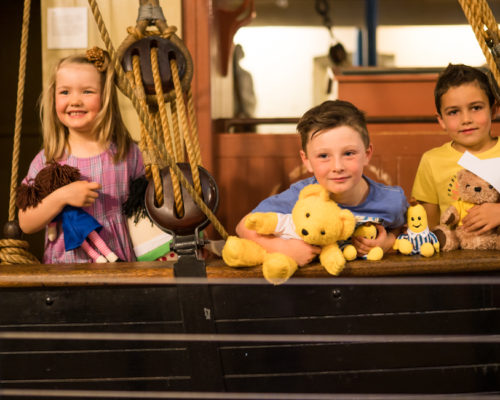